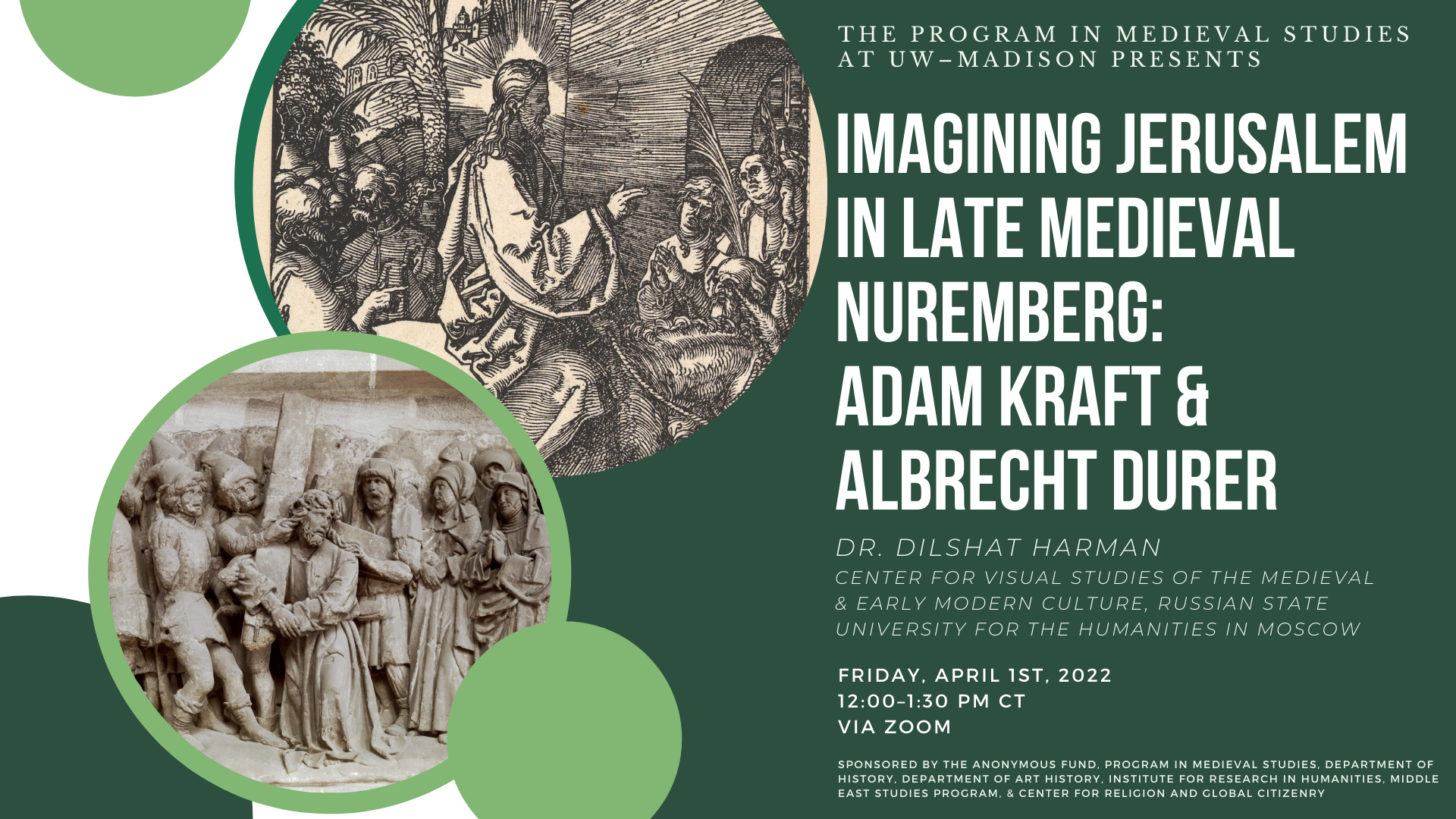 Presented by Dr. Dilshat Harman, Center for Visual Studies of the Medieval and Early Modern Culture, Russian State University for the Humanities in Moscow via Zoom.

This virtual lecture will deal with Jerusalem in late medieval imagination, focusing on the reconstruction of Jerusalem in Nuremberg. Recent research shows that imagining Jerusalem played a crucial part in many late medieval devotional practices – virtual pilgrimages to Jerusalem, reconstructions of its topography and sacred places in European cities, visualizations of one’s own city as Jerusalem. In her lecture, Dr. Harman will explore how the overlapping of Nuremberg and Jerusalem cityscapes was activated by the imagination of the citizens participating in walking the Nuremberg Way of Cross and what artistic devices Nuremberg artists Adam Kraft (c.1460–1509) and Albrecht Dürer (1471–1528) used to make these spaces overlap even more for the viewers of their reliefs and prints.