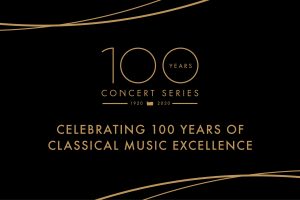 While undergoing many changes over the years, the series has continued uninterrupted since 1920. Not only is it the longest running classical music season in the Midwest, but one of the largest in the entire nation.

In fact, the concert series officially began before either Memorial Union or the Union Theater even existed. Because of the series’ longevity, many performers have made more than one appearance and continued to come back amidst their rising fame.

“The series presents both the stars of the times and up-and-coming artists of note. The latter often became the former, as in the cases of Yo-Yo Ma and Emanuel Ax, for example,” said Esty Dinur, Community Engagement Director at the Wisconsin Union Theater. “Both played here as young musicians and kept coming and playing.”

This year, some of the greatest names in classical music will perform, beginning with Chanticleer on Sunday, October 6. In November, Emanuel Ax will perform an all-Beethoven program. In March of 2020, pianist Wu Han will join the UW Symphony Orchestra. Renowned soprano Renée Fleming will close out the series in May 2020 with a concert and celebratory gala.

While the series is filled with that in it’s name – concerts – the celebration doesn’t stop there. Visiting performers will hold lectures, masterclasses, and community engagement events. The historical anniversary event will remain tangible after its end, with visiting artists signing a special display in the theater’s green room.

One particularly special and perhaps unknown aspect of this series is that it is programmed by students. The Wisconsin Union Directorate, a student programming and leadership board at the Wisconsin Union, includes the Performing Arts Committee. Without the involvement of students on this committee, the concert series would not be possible. While the series is seen as a gem by campus, the community, and beyond, it holds special value for the students who bring it to life.

“Student-programmed events allow the Wisconsin Union to truly be the ‘living room of campus,’ in that, it is the students who decide what happens, and it is the students and broader community that can get involved,” said Amanda Venske, student Concert Series Coordinator. “In my own experience, I feel like I have grown more than I ever thought I could because of the amount I have been able to get involved in.”

Student-programming not only allows for direct student involvement, but by nature gives all students the chance to experience new music, new performances, and new artists that they otherwise wouldn’t have been exposed or didn’t know they enjoyed.

“The fact that students program classical music concerts here on campus disproves the assumption that classical music only appeals to a small audience demographic,” said Adalia Hernandez Abrego, student Concert Series Coordinator. “On the contrary, classical music is very much dynamic and constantly evolving with young and upcoming artists exploring classical music with their own unique interpretations, as well as composing new music that pushes the boundaries and makes audiences expand their thinking of what classical music embodies.”

Whether you’re a classical music expert or couldn’t name an artist, or whether you’ve been to the series in the past or not, we invite you to experience the joy, celebration, and talent that’s waiting to be served at the 100th Anniversary Concert Series.

The Wisconsin Union Theater 100th Anniversary Concert Series begins October 6, 2019 and wraps up on May 2, 2020. For a full listing of series performances, including a look back at performers from the past 99 years, visit the concert series webpage.