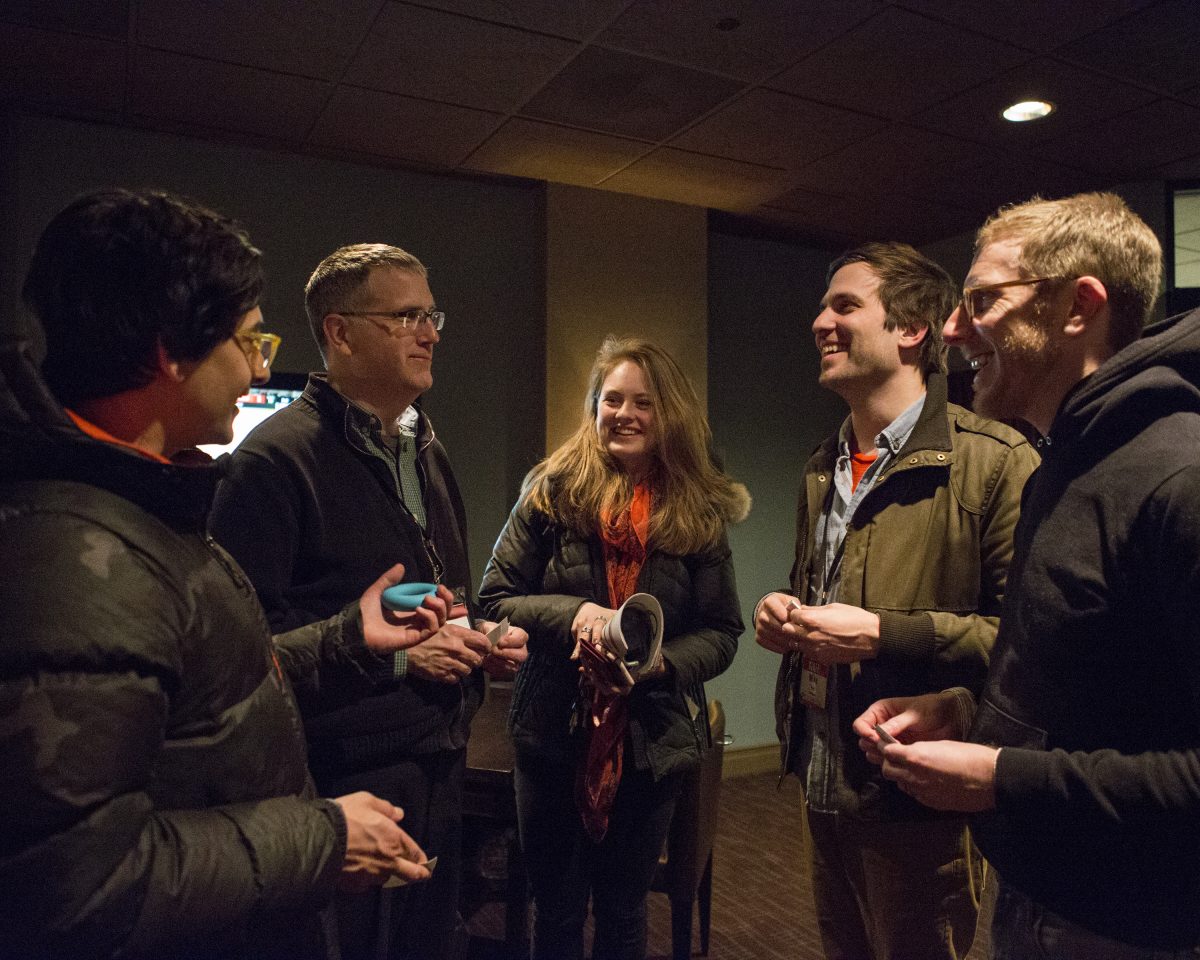 While touring the UW–Madison campus as a senior in high school, Ella Quainton attended the 2017 Wisconsin Film Festival with her father. Little did she know, a year later she would help choose films to be screened at the 2018 Festival.

Ella, currently a sophomore at the UW, got involved in WUD Film, a student-run film programming committee, just a week into her freshman year.

“At the first WUD meeting they were sponsoring this internship position with the Wisconsin Film Festival,” said Ella. “So I applied on a whim and ended up getting the position.”

Ella worked directly with the Festival’s Outreach and Engagement Manager, Ben Reiser, to choose films to be screened in the Wisconsin’s Own segment of the Festival. This portion of the Festival is dedicated to screening films with ties to Wisconsin, such as being shot in Wisconsin or one of the film’s primary personnel being tightly knit to the state.

“In a large festival attracting world-wide directors, it’s important to have a portion recognizing the creativity and filmmaking that’s going on right here,” said Ella. “I’m from the east coast and didn’t necessarily realize that there was such a big filmmaking community here. It’s really cool that Wisconsin’s Own honors a lot of student work and people right in Madison. It’s great for people to learn and bring attention to how much is really going on and coming out of Wisconsin.”

The 2019 Wisconsin Film Festival will take place from April 4-11, and marks the Festival’s 21st year. With a predominantly older audience, Ella believes it’s not only important, but beneficial for students to get involved.

“There are so many different ways to volunteer,” she said. “There really is something for everyone. Reach out – if you ask you’ll get exactly what you need. Just experience the Festival. In a way, going and watching movies is a way of getting involved.”

However, for many students at the UW, Ella believes that film festival culture can be slightly intimidating for those who aren’t film buffs. As someone who stumbled into it, she encourages students who have never been to the Festival to test the waters – or just dive in.

“It’s a life lesson students can take about all the programming going on at the university,” she said. “There’s so much interesting stuff that there’s no need to be of a certain demographic to be a part of the Festival. It’s accessible and there’s something for everyone.”

As the largest university-produced film festival in the nation, an average of 150 films are screened over the Festival’s eight days. Of these films, the genres, languages, and subject matters are plentiful. With carefully curated children’s films screened as part of the Big Screens Little Folks segment, the Festival is a week the whole family can enjoy.

“There’s a permeable border between the university and the community, and I see that as an ongoing thing,” said Ella. “Madison as a city is closely attached to the stuff going on at the university, and the Film Festival does a great job honoring local filmmakers and producers and then also world class movies. They make sure everyone’s experience at the Festival is carefully crafted.”

Tickets to the 2019 Wisconsin Film Festival go on sale Saturday, March 9 at 11:00 am. For more information, visit 2019.wifilmfest.org.